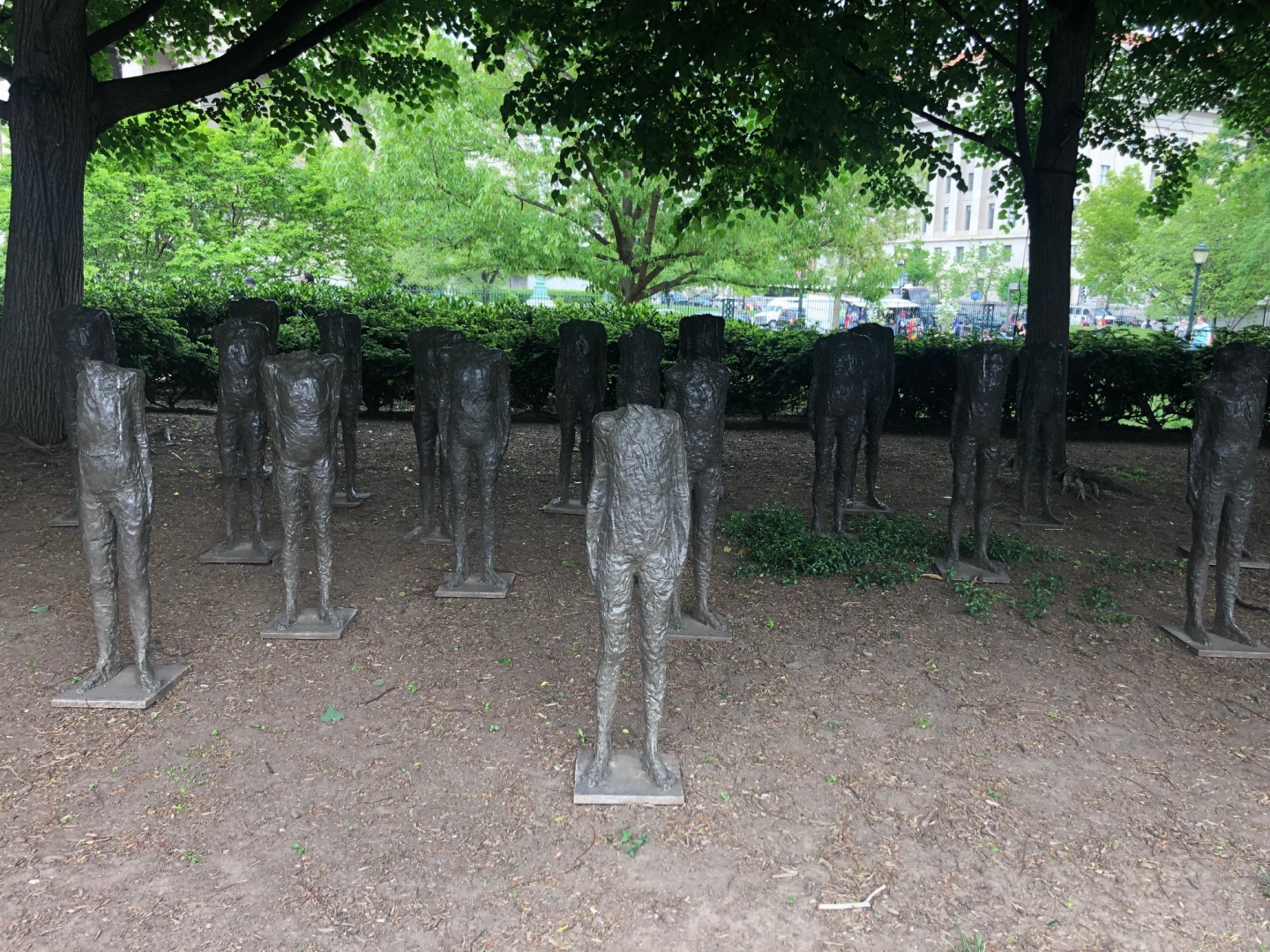 On the hunt for a convenient, quick, and close-by lunch spot between our visits to the National Air & Space Museum and the National Museum of African American History & Culture, we wandered into the National Gallery of Art Sculpture Garden on our way to the Pavilion Cafe. With bad weather looming, we made our way around the fountain, lingered just a bit at a few of the statues and went inside just in time. It started raining while we were in line to order. 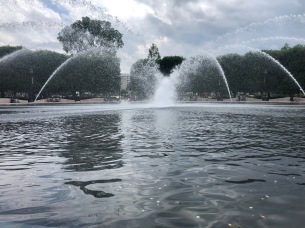 In our quick visit though I took a few photos and have since done some research on one of the artist’s whose work in the sculpture garden stood out to me. Titled Puellae (Girls), the collection of bronze, headless figurines standing amidst trees, was haunting. In search of the meaning behind these figures I quickly Googled but the first page that came up offered nothing beyond the fact that the figures were bronze, made in 1982, and were indeed at the National Gallery’s Sculpture Garden (thanks Google/Wikipedia). A friendly security guard passed by just as I declared my internet search of no use and told us that the statues were inspired by a story the artist had heard during World War II of a transport of girls from Poland to Germany who all died from exposure to the cold in the cattle cars used to move them. 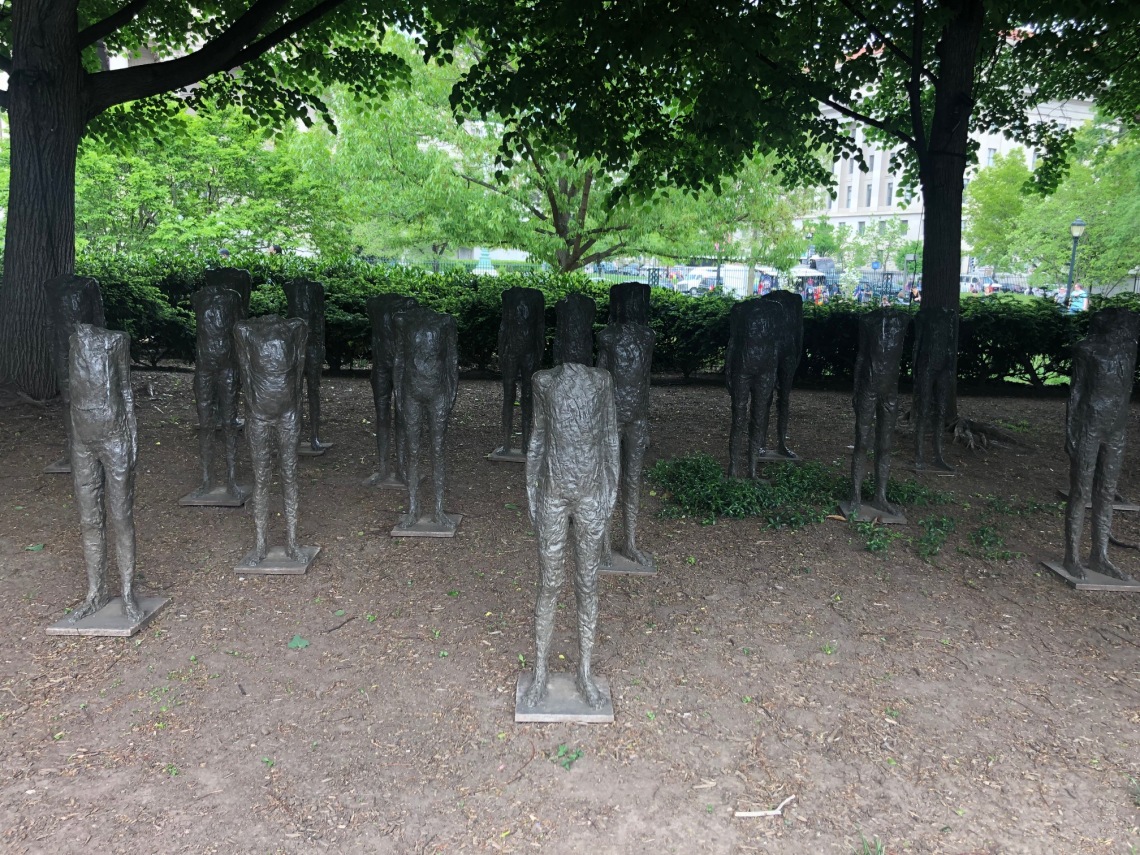 The artist is Magdalena Abakanowicz who grew up in Poland. She was 9 years old when Nazi Germany invaded and she grew up outside of Warsaw, and after the war, lived under Soviet control. She went to art school and began her career in a the climate of Soviet rigid conservatism. Artists were only allowed to create art in one style–Socialist realism. As she moved through her career as an artist those restrictions were lifted. Abakanowicz is known for working with textiles and for several humanoid sculptures like those at the National Portrait Gallery. Drawing on her experience of World War II and its aftermath, she is “best known for her “crowds” (as she calls them) of headless, rigidly posed figures whose anonymity and multiplicity have been regarded as the artist’s personal response to totalitarianism.” (National Gallery of Art website)

I am not personally terribly interested or good at art. I often don’t “get” it. But when art is used to represent history or the past, I am better able to understand. I wish this sort of background information was included on art gallery labels, but I suppose sometimes the art is meant to speak for itself and be open to interpretation. I prefer knowing the inspiration myself. With the background of this sculpture, I see more than creepy headless figures and instead see the atrocities of war and how such large scale inhumanity creates so many anonymous victims.

Public art is often cited as one way to better highlight history of places, especially when original structures no longer stand. What do you think about using art to tell history?