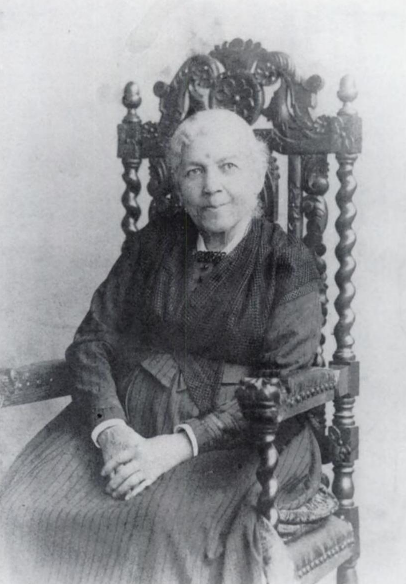 The long road to freedom and the abolition of slavery was paved by many people working towards that goal, including men and women, black and white, Northerners & Southerners.

Many African American abolitionists were former slaves, who had either gained freedom through “official” means (were emancipated by those who enslaved them) or had escaped slavery. Free blacks in the north were often part of the abolitionist movement as well.

Harriet Jacobs was born into slavery in Edenton, North Carolina in 1813. She is most well-known as the author of a series of newspaper articles later turned book entitled Incidents in the Life of a Slave Girl which was a memoir of her life in slavery. The book was published in 1861 and is one of the earliest accounts of the struggles women especially faced when enslaved including sexual harassment and abuse and roles as enslaved mothers without legal rights to their own children. Harriet escaped into hiding in 1835 and then in 1842 was able to flee to the North. She became involved in the American Anti-Slavery Society, giving talks to support the cause and raise money. Her later memoir was also used to raise awareness, encourage the Civil War to be rightfully seen as a war against slavery by Union backers, and to especially appeal to white women by focusing on how slavery impacted black women’s ability to remain chaste and to be good mothers. During and after the war, Jacobs worked with fleeing refugees, and former slaves helping to provide food, shelter, etc. in the Washington, D.C. area where she lived the rest of her life.

Whites who were involved in the abolitionist movement were often members of liberal religious groups, such as the Quakers, which saw all souls as equal. White women, especially those of middle and upper classes had more ability to be involved in the movement than black women owing to being allowed more education, more freedom of movement, and access to resources and financing that allowed them to concentrate their time on the effort. Many northern abolitionists are well known such as Elizabeth Cady Stanton, Susan B Anthony, and Harriet Beecher Stowe and many went on to also be prominent in the women’s suffrage movement.

Southern white women abolitionists are less often spoken about. One such woman was Abigail Stanley. She and her husband, who were part of a Quaker community in Guilford County, made their home part of the Underground Railroad and owned a wagon with a false bottom that they would use to help enslaved people escape. When many Quakers left the state as the debate over slavery grew increasingly heated, Abigail and her husband Joshua remained in North Carolina. Abigail petitioned the North Carolina legislature in 1838 to abolish slavery and worked to that end through her participation in the Underground Railroad and her writings.

The full text of Incidents in the Life of a Slave Girl by Harriet Jacobs is available through the University of North Carolina’s Documenting the American South here: https://docsouth.unc.edu/fpn/jacobs/jacobs.html